Driving While High: What Are The Laws in Canada 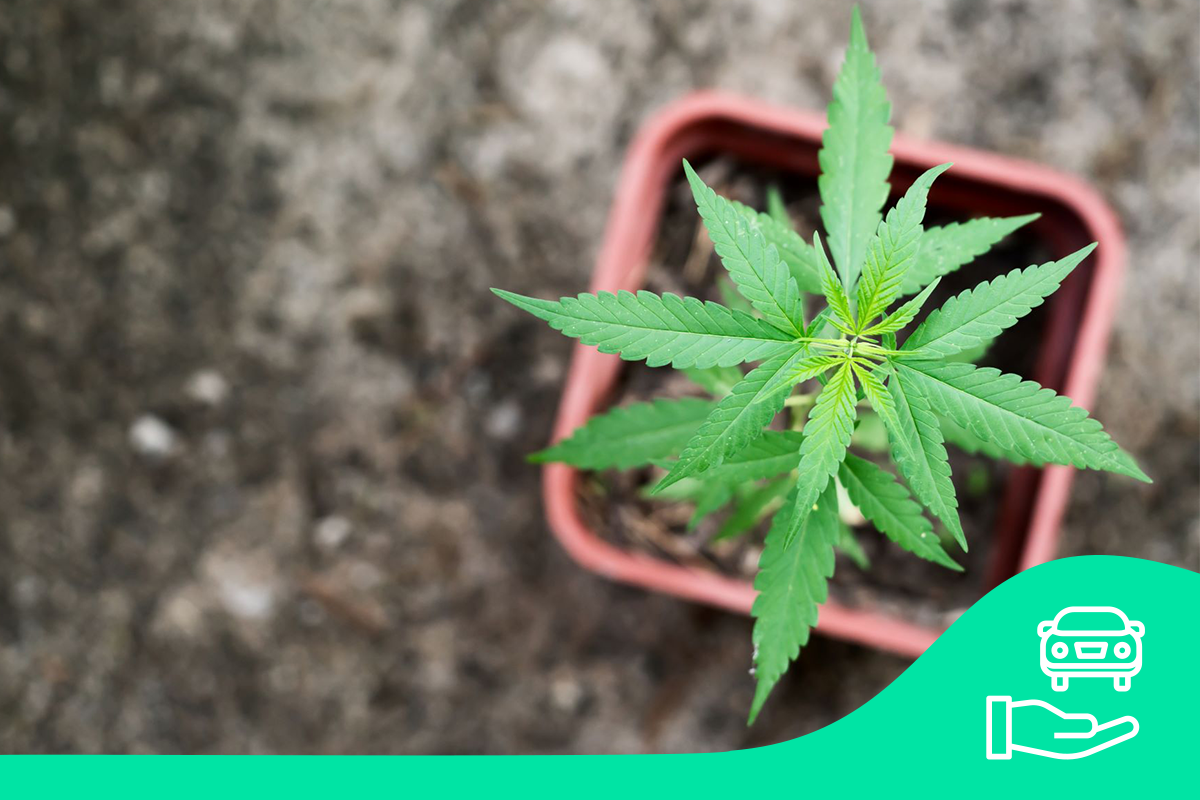 Driving High: What You Need to Know

Click on the links below to skip to any part of the article!
-What is a DUI?
-The difference between driving high and driving drunk
-How long should you wait to drive after cannabis consumption?
-How does a cannabis roadside test work?
-Tips to avoid impaired driving

Despite cannabis being legalized in Canada for the past three years, many Canadian’s are still unsure about the rules around driving and cannabis. You may be wondering for example if it’s legal to get behind the wheel after having smoked in the last two hours. Unfortunately in Canada, impaired driving is the leading criminal cause of bodily harm or death. 40% of drivers involved in these deaths tested positive for drugs where 33% tested positive for alcohol. In this article, we’ll go over everything there is to know about driving high and the laws around impaired driving.

‍What is a DUI?

DUI stands for driving under the influence. This could mean under the influence of alcohol, drugs or any other substance that can alter your behaviour or response time. Since cannabis became legal in October 2018, many Canadians began to question whether or not they’re allowed to drive while using cannabis.

Driving High: Is it Safe?‍

Cannabis is made up of two main ingredients that affect the human body, tetrahydrocannabinol (THC) and cannabidiol (CBD). THC is what causes the intoxicating effects upon smoking cannabis while CBD is known to have more therapeutic effects without affecting behaviour or response time.

Typically, the consumption of cannabis whether it’s smoked, applied as a topical or ingested causes feelings of euphoria, relaxation, and heightened sensory capabilities. While these all sound positive, cannabis can cause many negative effects like confusion, sleepiness, paranoia, forgetfulness and loss of concentration. As you can imagine, most of these negative effects do not mix well with driving.

Driving on cannabis can significantly affect your ability to make quick decisions while driving. Making these decisions quickly and correctly can be the difference between an accident or not. Cannabis alters your motor skills, causing a delayed reaction time and inhibiting concentration and short-term memory. Unsurprisingly, these are all skills that you need while driving so you can be prepared to make a critical decision if need be.

Whether you’re under the influence of cannabis, cocaine, opioids or even sleeping pills, driving high is dangerous. All of these drugs alter your state of consciousness, whether it be depressing, stimulating or altering your perception of reality. Bottom line is, if you’re high on any drug other than caffeine, you shouldn’t get behind the wheel of a vehicle and put not only yourself but the public at risk.

Whether you’re driving drunk or driving high, your ability to make a quick decision will be hindered compared to if you were sober. Both alcohol and cannabis can distort your spatial awareness, causing a higher risk of crashing. How much a substance will affect you is ultimately determined by your body size. Three beers or a puff off a joint will affect a 120lb person much more than it would affect a 250lb person. Although the heavier person may feel the effects of the drug or alcohol for longer because there’s more in their system and their metabolic rate is probably slower.

While there is no real way to quantify the difference in the level of danger between driving drunk and driving high, it’s fair to say both are dangerous and can result in harsh penalties. A study in 2012 revealed that being under the influence of cannabis while driving doubled the risk of a serious injury or death.

‍How Long Should You Wait to Drive After Consuming Cannabis?

The length of time it takes for you to safely drive a car after consuming cannabis depends on a few factors. Unlike alcohol where you can be given a breathalyzer to find out your blood to alcohol level, marijuana is more difficult to measure. It also depends on the method of consumption as smoking takes effect almost immediately whereas edibles can take 1-2 hours to take effect. Also, different strains of cannabis have different levels of potency. The last big factor is everyone has a different tolerance to cannabis, a regular user would have a significantly higher tolerance than an occasional user. Because of all of these factors, there is no universal answer as to when it’s safe to drive, instead, the legal system looks at each incident on a case-by-case basis.

To give a more blanket answer, some experts say you should wait a minimum of 4 hours after consumption before getting behind the wheel. This doesn’t mean you should drive even if you’re still feeling the effects of the THC after four hours. If you’ve mixed cannabis with other drugs or you’re a new user, definitely wait more than four hours before driving. If you still feel high or you’re unsure if you’re high, it’s better to play it safe and don’t attempt to drive your vehicle.

Driving a car while high in Canada has been illegal for a long time, but the laws were amended in June 2018 through Bill C-46. Bill C-46 added federal laws and penalties to the Criminal Code of Canada on impaired driving charges.

Since legalization is still relatively new, police departments across Canada are testing new roadside sobriety tests specifically for cannabis. Since what’s considered legal vs illegal comes down to how much THC you have in your blood, the Draeger DrugTest 5000 allows officers to test for THC in saliva in a roadside test.

Other times, if officers suspect you’re driving under the influence they’ll perform a standard field sobriety test. The officer may also decide to call on a drug recognition expert (DRE) to perform a test or take a blood sample for later testing.

Do Medical Marijuana Users Get a Pass?

A common myth is that medical marijuana users can legally operate a vehicle. This is NOT true! Yes, you can use medical marijuana to treat your illness or condition but the rules around driving on cannabis are the same for everyone regardless of if it’s prescribed or not.

Can You Drive on CBD?

Cannabidiol or more commonly known as CBD is the non-psychoactive component of cannabis and can therefore be ingested before driving. The main uses of CBD are to promote relaxation, ease anxiety and reduce inflammation. If you’re pulled over and tested for THC after recent CBD use, don’t worry as the test will come back negative because there is no THC in CBD. You should make sure to buy your CBD from a licensed seller so you don’t end up buying a CBD product with THC in it.

There are so many ways to avoid getting behind the wheel while you’re impaired. Even if you’re in doubt as to whether or not you can drive, this is a sign that you should play is safe and find another way home. Planning for a safe ride home also minimizes the worry or stress of if you’ll be able to drive home. Here’s a list of ways to get yourself home safely:

Premium Gas Vs. Regular Gas: What You Need to Know

How to Choose the Best Car Repair Shop

Why You Shouldn’t Use Winter Tires in the Summer