Distracted Driving Laws in Canada: What You Need To Know 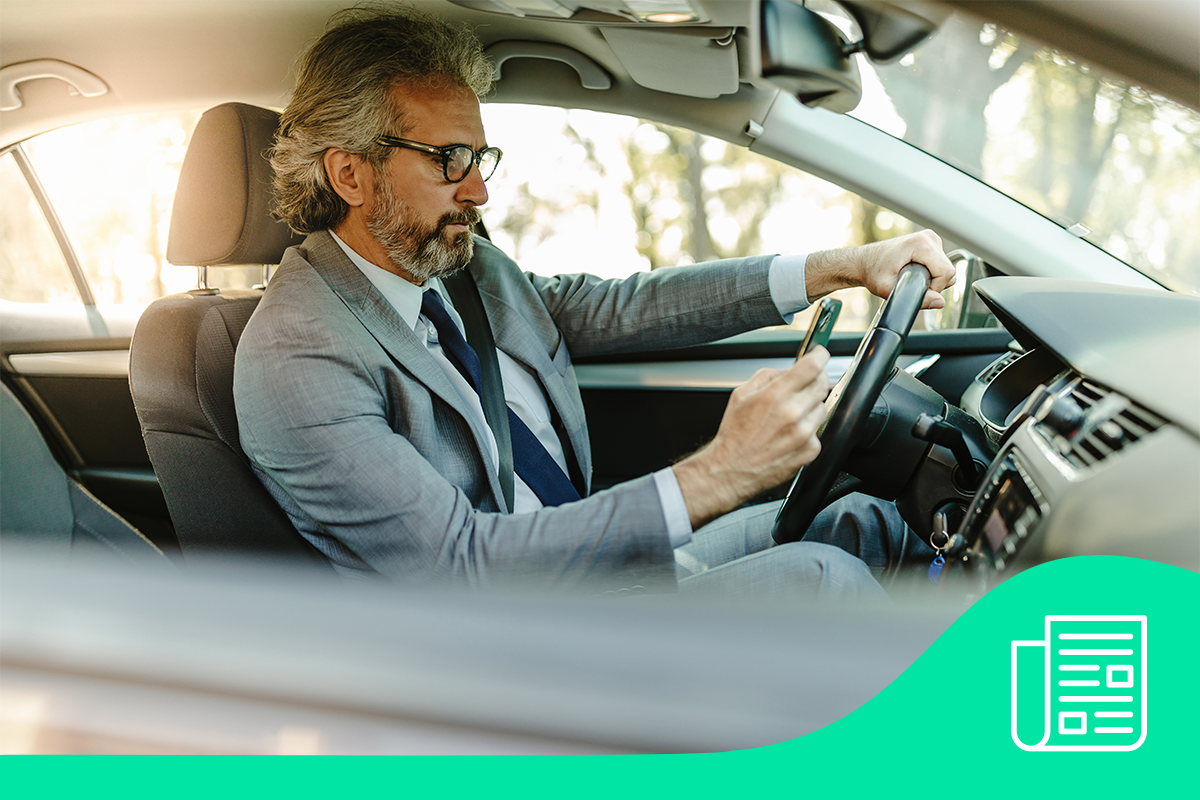 There are many misconceptions about distracted driving laws in Canada. Many people still don’t understand how dangerous it is, despite the warnings and statistics we’ve seen over the past 10 years. In 2019, 26% of car accidents involved illegal phone use behind the wheel. As these statistics remain so high, the police are taking stricter measures to enforce distracted driving laws. In this article, we’re going to talk about what constitutes distracted driving, how you can avoid it, and list some staggering statistics.

Click on the links below to skip to any part of the article!

What is distracted driving?

According to CAA the most common distraction while driving is texting on a cell-phone. It is said that receiving a text message or sending a text takes your attention off the road for five seconds. To put this in perspective, if you’re driving 100km/h, that would be like driving the length of a football field with your eyes closed.

Despite analogies similar to the one above that most people have heard, Canadians are still getting in 1.6 million crashes annually due to distracted driving.

There are many misconceptions about what you are and aren’t allowed to do while you’re driving, so we’re going to clear any questions or doubts you may have had previously.

For some strange reason, many Canadian’s have it made up in their minds that they’re allowed to program their GPS while driving. Since it’s not a recreational activity like texting your friend or watching a video, somehow they believe it’s allowed. Well sorry to burst your bubble, but whether you’re trying to find directions to the mall or reading an article on the Kardashian’s new clothing line, your fine amount will be the same.

Most of us at one point in our lives have tried to frantically sneak a subway sandwich or a large fry behind the wheel to make it to our daughter’s hockey game or son’s doctor’s appointment. While this may seem harmless, it’s not, in fact, it can be just as dangerous as texting. Every time you need to look down to choose which bite you’re going to take next, you’re briefly taking your attention off the road. So next time you’re trying to gobble a turkey bacon club on rye while driving, do yourself and everyone else a favour and get off the road.

Authorities don’t care if you’re late for your first date, or for the big interview for that position you really want. Get yourself groomed at home, not behind the wheel! Whether you’re combing your hair or plucking your unibrow, if you’re behind the wheel, the fine will be heavy!

We’ve already gone over a few stats proving the dangers of texting and driving, but we’ll give you a few more. While keeping the distracted driving accident statistics in mind, know that 47% of Canadian’s admitted to texting and driving. We know how hard it can be to ignore your phone calls and text messages, but for everyone’s safety, wait until you’re home!

This should be an easy one to assume, if you’re driving you cannot be catching up on the latest Queen’s Gambit episode or reading the last chapter of your book. This may seem insane to even consider doing while driving, yet police officers in Canada have given fines for these infractions.

Talking on a cell phone

Using a phone at a red light

While you may be stopped at a red light, you’re not pulled over on the side of the road. So if you’re caught on you’re phone at a red light, unless you’re making an emergency call to 9-1-1, you can be fined.

1. Pull over: It’s pretty simple - if you need to make a call or answer a text message and it’s so important that it needs to be right away, find a safe spot to pull over and then make your call or answer that text. There are also times where it may not be a cellphone distracting you, maybe your kid just threw up in the backseat or you dropped your water bottle by the pedals. Either way, rather than trying to reach back and clean up your kids’ mess as you drive 80km on a quiet road, pull over and deal with it properly. If you follow this tip you’ll be putting yourself, your passengers, and the vehicles around you in a much safer driving environment.

2. Turn your phone off or on silent mode: If you don’t have the self-control to ignore that vibration or ringtone notification, do yourself and everyone a favour and either turn the phone off entirely or put it in silent mode. We know how addicting cellphones can be and how tempting it can be to check who’s trying to reach you, therefore it’s probably best if you’re getting behind the wheel to just turn it off and don’t risk being tempted into answering. ‍

While distracted driving penalties are harsh and enforced across Canada, the penalties do vary by province, so it’s important to know the penalties you could face in your province.

If you get caught distracted driving in Ontario as a first-time offender you will receive at minimum a $615 fine and lose between 3 and 6 demerit points. If you try to fight the fine and lose, your fine will increase to $1000. If you are a repeat offender, the fines can increase to up to $3000 and you risk having your license suspended for 30 days.

Compared to the first two provinces we covered, Alberta is less harshly penalized for distracted driving. If you’re caught you will receive a fine of $287 and lose three demerit points.

In New Brunswick, the penalty for distracted driving in losing three demerit points as well as receiving a fine of $172.

In Nova Scotia, the fine for distracted driving varies based on if your a first-time offender or a repeat offender while four demerits points will be lost regardless. You will be fined $233 for the first offense, $348 for the second offense, and $578 for the third or any future offenses.

In Newfoundland and Labrador, the fines for distracted driving varies between $100 and $1000, while losing four demerit points is guaranteed for each offense.

If you’re caught distracted driving in Prince Edward Island you will lose five demerit points and risk being fine between $572 and $1275.

In Northwest Territories, fines for distracted driving range from $322 to $644, and three demerit points will be lost. If you are caught distracted in a school zone or construction zone the fine will be $644.

The penalties for distracted driving in the Yukon are $500 per offense and a loss of three demerit points.

Currently, Nunavut has no laws in place against distracted driving.

Drive Safe and Apply Today If You're Looking For a Car!

It’s important that you know these rules before you get behind the wheel. If you’re looking for a vehicle in Canada, be sure to fill out our application and we’ll ensure you get the vehicle of your dreams at the best possible price!

Everything You Need to Know About the Ontario License Plate Renewal